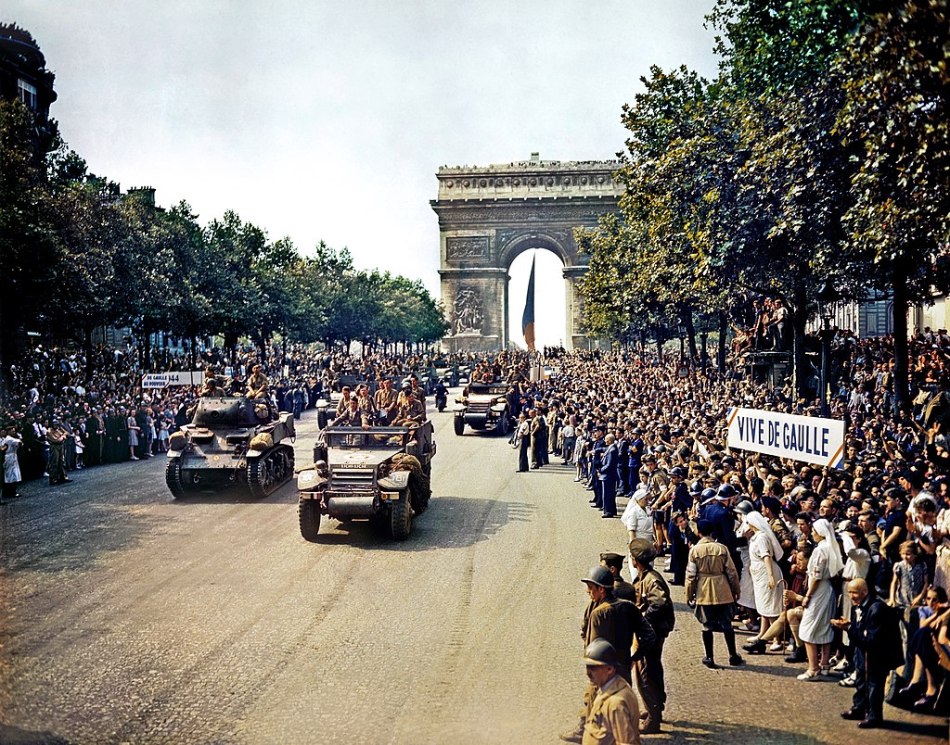 “I want to ‘feel’ things,” I told the librarian as I signed up for my membership. A kind-looking old lady with silver hair, a pair of glasses and a strong English accent, looked at me with amusement and volunteered to pick books out for me. She waddled outside the cashier box and joined me at the shelves, browsing books. She was expecting a box-set of seven books to introduce me to, but then found them to be missing (Ah, no! Somebody must have borrowed it!), only to be distracted by another stocky, kind-looking gran who had come to return books. Since I had snuck out for an hour in the middle of a workday, I had to make quick decisions and I settled for two books. One didn’t speak to me and the other one made me teary in multiple instances.

‘The Paris library’ is set during WW2 and weaves a story of an American Library (the only library filled with English language books in the city) in Paris and the people in it. Some regular readers, a director, some assistants…you get the drift. The story runs in two parallel threads — one in the present and one in the past. From the eyes of Lily, set in the 1980s in Montana and Odile, set in the late 1930s and early 1940s-Paris. It is a tale of two women, who open the window to the worlds of many others in their lives. An early teenager who learns French and valuable life lessons from a middle-aged librarian who lived, loved and lost during the war.

WW2 is a scarring time. There are stories of feelings of war, fear, power. And then there are emotions of love, despair, yearning, friendship, loyalty, betrayal and family. All mashed up neatly together. I didn’t live during the war. I can only read and imagine what a horror it was. And even then, I am sure it wouldn’t be anywhere close to reality.

I particularly loved how the narration comes full circle in the book. By the time I reached the end, all the loose ends were tied up into neat little bows. And yes, it did make me tear up at places, with raw imagery, nostalgia, regret and fear.

The book also felt a little bit meta in the sense that I borrowed it from a library which is probably the only English language library in this French-speaking part of Switzerland I live in. It is funny that there are strange coincidences between life and literature. I have never been to Paris, but I now know to be excited for it. Oh, the book also added a tiny bit to my French vocabulaire and I can’t wait to discover more!

A version of this piece first appeared in Megha’s leather notebook.

0 comments on “Book recommendation: Seeking refuge in a library”