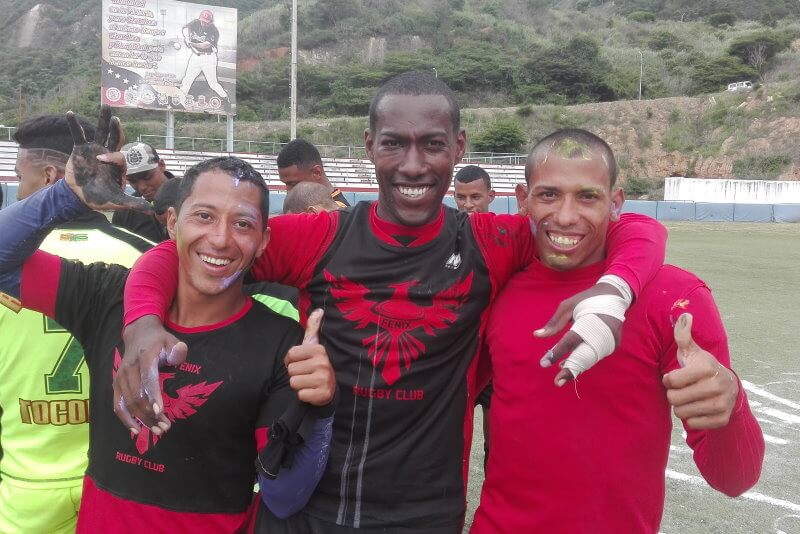 Imagine you are a young man that spent  his whole life growing up in a low-income area of a little town one hour away from Caracas. You grew up surrounded by gang violence since you were a kid, and with little to no opportunity to get away from it. Maybe you didn’t even grow up with your mom, you were raised by an aunt or a grandma and everywhere you went you were not recognized as a member of the family, you were always marginalized and subject to intrafamily violence and even sexually abused by a family member, like some of the young guys that are part of the project I’m writing about.

Now that you have the context in mind, imagine you commit a crime with some members of your gang and you are presented, for the first time in your life, with two options: go to jail, or redeem yourself and pay back for the damage done with work… which one would you choose?

The ‘Proyecto Alcatraz’ was created in 2003 precisely presenting an opportunity like the one mentioned above. It was a response to the action of three young men that robbed the ‘Hacienda Santa Teresa’, where the company Santa Teresa produces one of the most famous Venezuelan rums. When caught by the security, the robbers were given the opportunity to choose between work to pay for the things they had stolen or be reported to the police and go to jail.

‘Proyecto Alcatraz’ is a social reintegration program for young people and adults with criminal attitudes. Through training in values, education for work, restorative justice and using rugby as a vehicle of transformation people move from a world of darkness to one of freedom and light. Throughout the project, young beneficiaries also receive psychological support, another important component in their transformation process.

The three young men that were apprehended in ‘Hacienda Santa Teresa’ were part of a gang called ‘La Placita’ that operated in the historical district of El Consejo, in the State of Aragua, Venezuela. At the time, the gang’s leader was about 20 years old, and the average age for kids to join was around 15.

Something interesting I found out during the interview I had with Gabriel, the project’s General Manager, is that the only supervision that these now ex-gang members had during their work in the Hacienda was another member of their gang and that, twice a day, they would talk with a supervisor from the company. They were never overlooked by security officers which helped in building trust.

According to Gabriel, the environment where the kids grew up was so violent, that when given this opportunity to live in peace, without the fear of being killed by other gangs, they would gladly take it, also raising the probability of them inviting more friends from the gangs.

In this project, youth gang members participate voluntarily; they are the ones deciding to take the opportunity to change their lives and transform their violent leadership into a virtuous one. The program achieves this through three routes:

This first routee latter seeks to recover the broken relationships between victims and perpetrators through a process of reconciliation and damage reparation , with the participation of a mediator and the community. Thus far, they have reached 1,449 people making them aware of the existence of forgiveness as an option, which they had not previously considered as an alternative.

Again, here rugby is used as a vehicle for transforming violence into positive action; because for you to enjoy the game and for your team to win you must follow the rules and respect what the referee (the authority) states even when you do wrong and a fault in favor of the other team is given. All habits that are usually not followed by  gang members.

When I learnt about Proyecto Alcatraz, back in 2016, I firstly felt contempt, but by looking at it more deeply I was able to grasp how great it is that, through sports, the lives of a community can be improved. In this sense, Proyecto Alcatraz made me realize how important it is to be given a chance for redemption, a chance to change the life you knew.

By giving hope, sometimes we can save the lives of many by changing the lives of just a few , like the hope that was given to the kids that robbed the Hacienda Santa Teresa.

Photos used with the kind permission of Fundaciòn Santa Teresa

0 comments on “Proyecto Alcatraz, a Case of Transforming Violence in Venezuela”