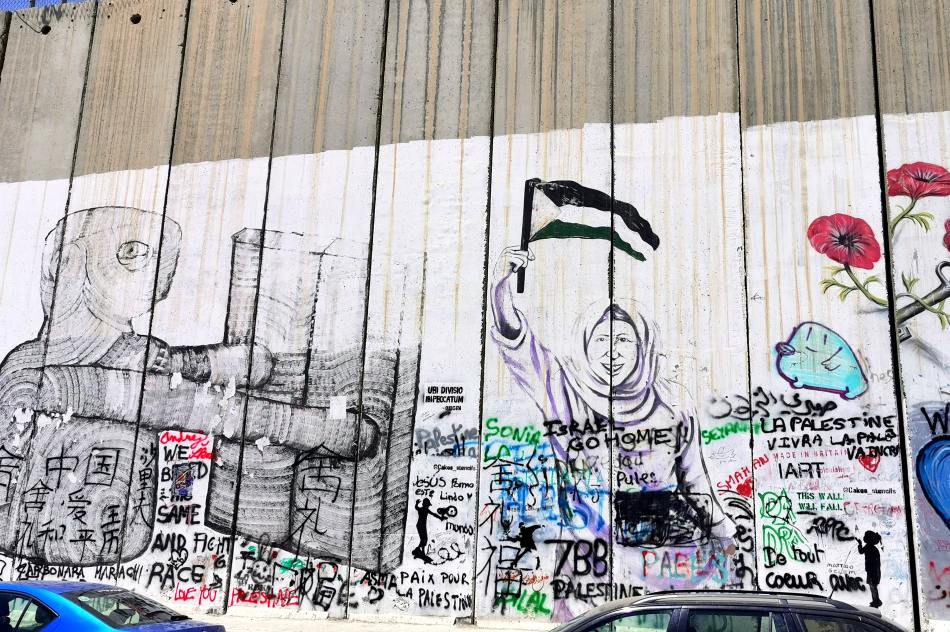 Disclaimer: The views, opinions, and assumptions expressed in this article are those of the author and do not necessarily reflect the opinion or position of The Graduate Press Editorial Board. Our mission is to provide a neutral platform for the student body to be able to engage in open dialogue on complex issues.

In an article published on April 21 by Vanina Meyer, she pointed out, in detail, the official position of some Western countries against the Boycott, Divestment, and Sanctions (BDS) movement, as a means to show “Why endorsing the BDS movement is not supporting the Palestinian cause?”. Well, as a Palestinian, this certainly was not surprising to me nor even was it offensive. On the contrary, I paradoxically feel grateful to Ms. Meyer. The information she has accurately gathered is very useful in clarifying the sources of legitimacy in her argument, in comparison to the one I am trying to make.

As a means of making an argument against BDS, the writer has mentioned the views of six countries on this matter. Namely; USA, Canada, France, Germany, Austria, and the Netherlands. I trust you, dear reader, to spot the common thing between these examples.

Whoever defends Israel will need to cite the position of the US Presidents’ administrations: Joe Biden and Barack Obama, as cited in the article. However, as a Palestinian who has lived most of his life under the Israeli military ruling, in much similar situations to those of indigenous and black people in the United States, the source of legitimacy is very different.

As it shows from the article’s title, the writer argues that supporting the BDS- movement is not only against the interest of the Israelis, the Jews, or what the so-called “international community”, but also, as she claims, is not in the interest of the Palestinian cause. To make this even clearer, she argues that she knows more about the interest of the Palestinians than the vast majority of Palestinians themselves, who fully support BDS. Does this sound familiar to you, dear reader? For me and millions of other people in Iraq, Afghanistan, Libya, and various other countries that the USA has been trying to build democracy in, it does sound very familiar. Yet again, I am not surprised, nor  even offended.

At  the top of Ms. Meyer’s article, the reader finds a map of historic Palestine. As a Palestinian from the West Bank, I have access to less than 10 percent of this land. On the other hand, any Israeli has access to almost 100 percent of it. With time, my access to land becomes less and less due to the ongoing colonization. My family lives in Area C in the West Bank, only a few meters from a nearby illegal settlement. Despite this geographical entanglement, there is huge inequality in income, access to land, water, and to health services. One example out of many, the life expectancy of Palestinians in the West Bank is about 10 years less than that of the Israeli-Jews. And I’m guessing this is not due to us liking to smoke shisha.

When Palestinians, myself included, say that Israel has no right to exist, none of us are referring to the existence of the Jews, but rather the systemic inequality and oppressive discriminatory laws against Palestinians. The solutions presented by a number of Palestinian intellectuals – like Edward Said, whose ideas have been adopted by BDS – are not based on the rejection of the Jewish presence in Palestine, but rather the rejection of the colonial form of such presence and its’ ongoing effects against a group of people. It leads us to understand why most Palestinians believe in a one-state solution, a non-colonial state, where all citizens are treated alike in regards to their basic human rights, access to land, and services. Therefore, it’s decolonization and not ethnic cleansing.

BDS was never about “spreading hatred against Jews,” as the writer argues. In fact, thousands of Jews support BDS, including well-known scholars like Ilan Pappe, who eloquently clarifies why anti-Zionism is not anti-Semitism.  Just this year, more than 200 Jewish scholars have released a definition of anti-Semitism that explicitly excludes efforts to boycott Israel. Yet, once again, the writer claims to talk on behalf of not only the Palestinians, but also the Jews.

Supporting BDS means rejecting this profound inequality, and seeking  international pressure and support to achieve a more just situation. As such, it does not fall “into contradiction with the values of the Graduate Institute Student Association (GISA), as well as the Graduate Institute values”, as the article claims. Unless, Ms. Meyer believes that our community supports this obvious apartheid and its’ oppressive regime. In which case, all of us should be offended.

Izzeddin Araj is a PhD candidate in the Anthropology and Sociology program at the Graduate Institute. His work focuses on reproduction politics and statistical violence in Palestine/Israel.

Photo by Snowscat on Unsplash

3 comments on “The BDS Vote: Who Should Feel Offended?”