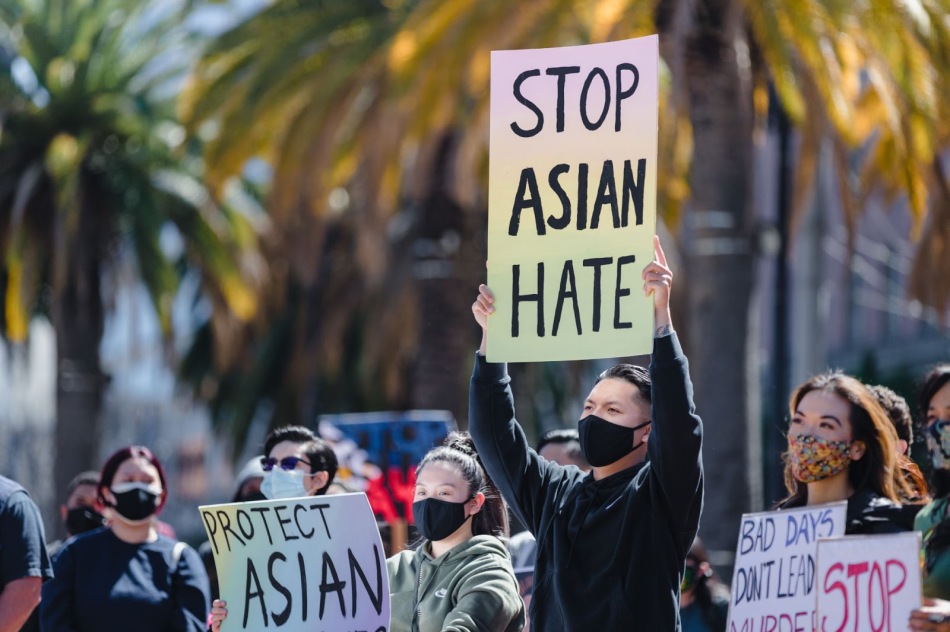 By Jiae Yang & Jungsoo Lee of the China and East Asia Studies (CEAS) Initiative, ed. Nivedita Joon of the Student Initiative on Asia (SIA) and Justin Yu of the CEAS Initiative

Note: This piece contains descriptions of racial and sexual slurs, as well as graphic violence.

On May 2, two Asian women were attacked by a stranger with a hammer while walking on West 42nd Street in Midtown Manhattan, New York City, United States (US). The attacker rushed towards the victims on the sidewalk, yelling at them to remove their masks. Occurring alongside a series of attacks on Asian Americans that included the Atlanta spa shootings in March, this incident has once again shocked and outraged the Asian communities around the country. According to research by California State University, hate crime towards Asians in the US in the first quarter of 2021 surged by 164% across 16 metropolitan cities including New York, over the same period last year.

However, anti-Asian racism is not just a problem in the US. We have seen more and more hate speech and violence against Asians around the world since the outbreak of COVID-19 in 2020. The UK is also seeing a surge in anti-Asian hate crimes amid the pandemic, as the UK police data showed that hate crimes towards Chinese, East, and Southeast Asians increased by 300% in the first quarter of 2020 over the same period in the previous two years. Australia is likewise no exception, where nearly 1 in 5 people of Chinese descent have experienced negative treatment, verbal or physical abuse in the past year.

It seems very clear that the coronavirus pandemic is fueling anti-Asian racism and xenophobia across the world. Yet, COVID-19 is not the only issue at hand. Discrimination and racism against Asians have long existed in Western societies even before the pandemic. The long history of anti-Asian racism against immigrants dates back to the mid-19th century, when there was a first major wave of immigration from China and Japan to the United States. The growing presence of these immigrant workers was seen as a social threat to many Americans, causing further anti-Asian sentiment and hostility across the country. This racial resentment took on a new impetus in the late 19th Century by way of the “Yellow Peril” ideology as a result of the expansion of Western imperialism. The “Yellow Peril” ideology based on racist misperceptions were used to justify European colonial invasions in East Asia and further enforcement of anti-Asian immigrant policies and laws in the US, Europe, and Australia.

In the US, such widespread racist discrimination against Asian immigrants was fuelled further by the epidemic that hit San Francisco in the early 1900s. Many people, including the authorities, viewed Asian immigrant communities as “unclean, filthy, and a constant menace to public health”, a very familiar form of racist rhetoric being employed by today’s politicians which was deployed by the then mayor of San Francisco, James D. Phelan. The whole area of Chinatown in San Francisco as well as Honolulu ended up being forced into quarantines by health authorities, further increasing racial segregation, marginalization, and inequalities.

Diseased immigrants were not the only image of Asians that Western people have had. Think about how Asian people have been depicted in mass media and commercials. Both Asian women and men are faced with stereotypes such as “Asians are good at math” or “Asians behaviour is uncivilized” and so forth. However, for Asian women, there has been an extra layer of stereotyping. Asian women have been described as exotic, sexually attractive and submissive. The US Page Act, legislated in 1875, showed clearly how many US citizens thought of Asian women at that time. This law was introduced to ban the entry of “cheap and immoral” East Asian women to the United States, even before the law prohibiting all East Asian immigrants was passed.

The exact historical root of the sexual objectification and fetishization of Asian women by white men is uncertain. However, many scholars including Woan argue that such an Asian fetishism stems from white imperialism in the early 19th century. As Western militaries colonized Asian countries, sex entertainment industries sprang up close to their bases. Taking up the “white man’s burden”, they paid sexual workers at a relatively low price and objectified local Asian women for their sexual satisfaction. Through the attempt to dominate Asian countries, Asian women were redefined as submissive, shy, and kind women to such white men.

Such an image was further reiterated by Western media. Even until today, Western society has not shaken off such prejudice. The recent shootings in Atlanta, which left several Asian women dead, was quickly framed as the crime of a “sex addict” who was “having a bad day” rather than a racist as well as gendered attack. The fact that it took place in massage parlors and Asian women were victims made the general public believe the victims were sex workers, and that this in turn explained entirely the reasons behind their murder. At the intersection of gender and race, the attitudes of many double-victimized those women.

Since the outbreak of the pandemic in China, such negative images of East Asian people have been revitalized and fuelled by new narratives. Especially after the former US president, Donald Trump described the COVID-19 as “China virus” and “Kung Flu”, more and more comments expressing hatred towards Asian have continued to spread through social media. Asian people have been going through different scales of violence on the street as well, as mentioned above. The pandemic “amplified” what the Asian minority has continually confronted wherever Asians are a minority.

Asian hate has also happened in the international, multicultural oasis that we imagine Geneva to be. Based on the reports we have received from several Asian students and what we have heard from our colleagues, individuals within our student community have been mocked by random people on the street and hear jokes built on racial prejudice from their classmates. Some have had to run away from threatening behaviour or the sexual advances of strangers.

To visualize this reality to our Graduate Institute community, The CEAS and SIA collected a small sample of the racist comments that Asian students of the Institute have heard and made several posters based on them. Also, we set up boards on campus asking people to share their racist experiences freely and write their opinions on how to make our Institute safer and more inclusive. Through this “Stop Asian Hate” campaign on campus, we wanted to let our colleagues understand that such racism is still happening in our daily lives and Asian students have faced different types of racism.

Furthermore, we wanted to start the discussion with our colleagues on the issue of inclusiveness and diversity in our institution. We are all aware that the history of racism is so long and complex that this one-time campaign cannot hope to solve all of its problems. Still, we hope that our campaign has at least helped the Graduate Institute community feel empathy for what Asians and other ethnic minorities experienced in their lives on the sole basis of their race, ethnicity and cultural background.

Photo by Jason Leung on Unsplash